you’ve all seen some funky pics of the recent volksworld show allready, i am sure … just wanted to share my highlights with the bloggers …

we were quite early, so started setting up the cars immediatly.

i was quite impressed with the panamera turbo with yellow banana brakes. it looks like doing 310km/hr even when standing still … it better for that price ! (139.000 eur in Belgium)

Mario’s projects always do it for me, he’s also quite into Type threes … and knows the weak spots of the type thre buffers. this very early “nos” back was done in a few weeks before the volksworld show, Mario likes to work under pressure he told me ! 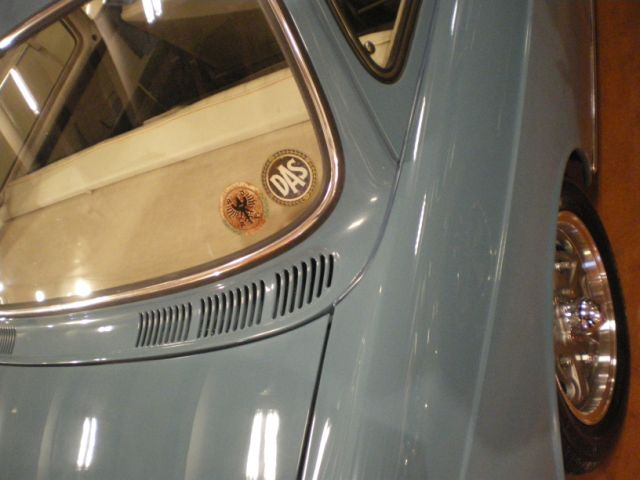 and he has a good insurance … as it seems 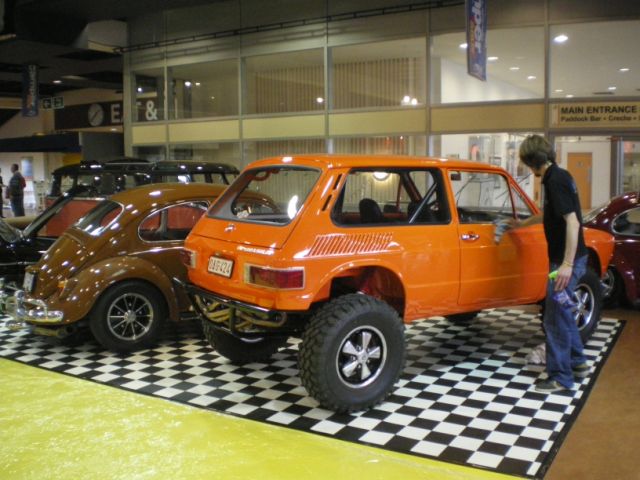 keep note of xavier polishing this car … and he even uses it Offroad style BIGTIME !

i kept having a personality problem all weekend long … DAS member with the 1957 2195cc bigwindow beetle, or the euro bug in promoter with the 1967 baywindow bus, … hmmm … any similarities in years of cars here ? 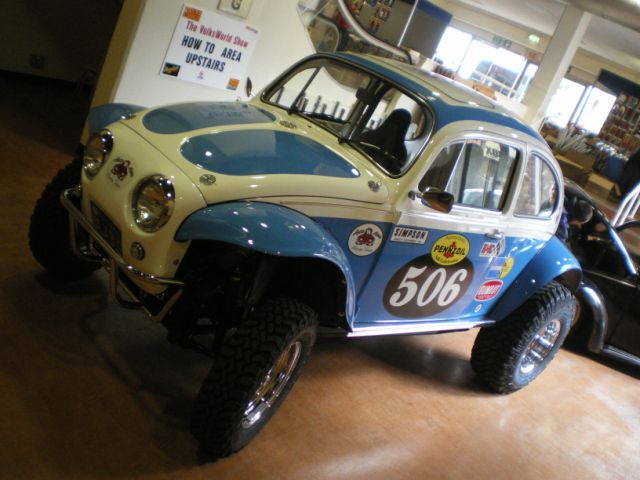 the highlight (or one of them) was the sand scorcher … who did not played with one or wanted one when he was a kid ? check out the different tire styles … blackstar style to drive and smoothie/paddled to play in the sand ! congratulations for the BUGBOX team 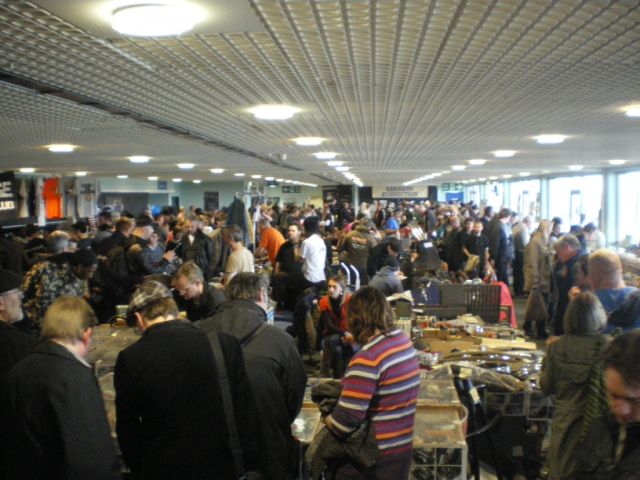 quite busy on sunday … i saw really alot of this vieuw, out of our euro bug in promo stand 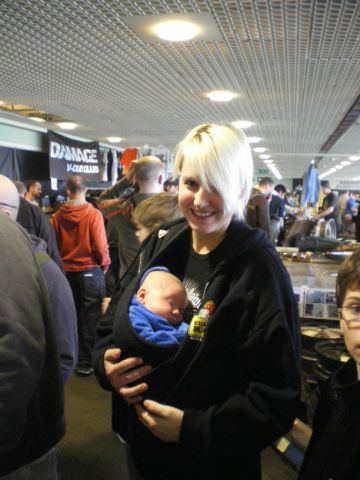 sometimes the vieuw changed, and i really had to take a picture of this 7 week old euro bug in baby ! congrats to the mom ! 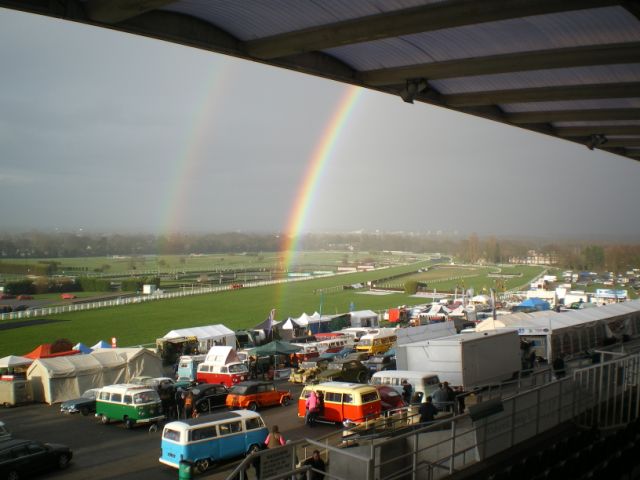 and on sunday, the rainbow came out of the parking lot next to the esher hall !

and did i forget to mention this mad creation of ballzy ? a Golf ? … yes … but with a type three pan … ballzy, you did an awesome job on that car, and i really liked the idea of a golf winning a top 20 trophy this year ! the brazilia next to it made it a really nice couple of show cars … the t2d crew is offffff the scale creating these nice projects !!!